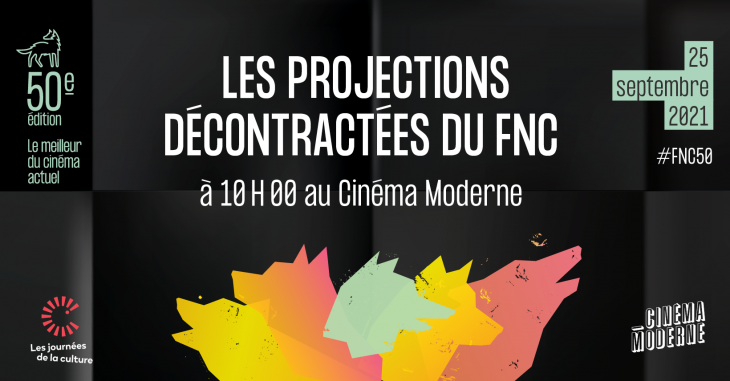 The relaxed screenings are open to all; particularly to people with sensory or intellectual disabilities, neurological or learning disabilities, autism and people with newborns. The choice of film, the atmosphere of the room, the light, the sound, will be adapted to create a calm and inclusive environment. During the relaxed screening, in the theater, people can move around, make noise, and behave as they wish.

Summary: On a family trip to observe the shooting stars, Chloé, a withdrawn teenager, finds herself attracted to her mother’s new boyfriend.

Summary: A nightmarish incursion into the tormented mind of Yasmine, an Algerian refugee who, together with her family, arrived in Québec during the infamous 1998 ice storm.

Summary: After an arranged marriage, Anishka finds a job with an enigmatic supervisor. With a new world view opening up before her, Aniksha finds herself torn between tradition and a modern lifestyle.

Inuktitut dialects in the 21st Century

Résumé: Exploration of what information is available online regarding Inuktitut, a complex language with several dialects varying from one generation to the next.