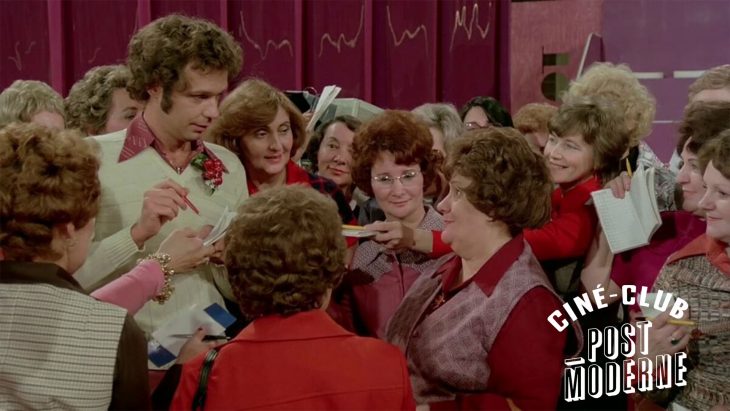 “The very existence of this film within Quebec cinema is a small miracle in itself: it shoots targets at everything and everyone. Against the trend of shoulder-camera films inspired by the direct cinema of its contemporaries, Parlez-nous d’amour is a work of rigorously staged fiction: tripod, dolly and crane almost throughout. This 4th feature film by Jean-Claude Lord is a bit like our own version of Network or Magnolia: a scathing criticism of the world of sensationalist television, starring Jacques Boulanger (himself a TV host) in his only role in the cinema. A role from which he subsequently tried to dissociate himself, moreover, as his image with the telegenic Colgate smile comes out tainted via a detestable character, who abuses his power to dominate and humiliate the less fortunate (still sadly relevant). We only have to think of the horrifying “sofa audition” scene of an aspiring young singer to realize that we are not treading lightly. Ironically, after such a bitter TV film, Jean-Claude Lord was subsequently just as prolific on the small screen as on the big screen (Lance et compte, Diva, etc.). It just goes to show that, with Parlez-nous d’amour, Lord was criticizing a world whose codes he knew perfectly well.” 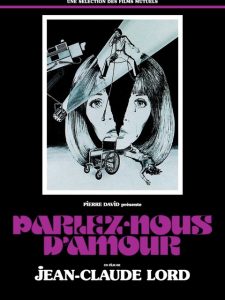