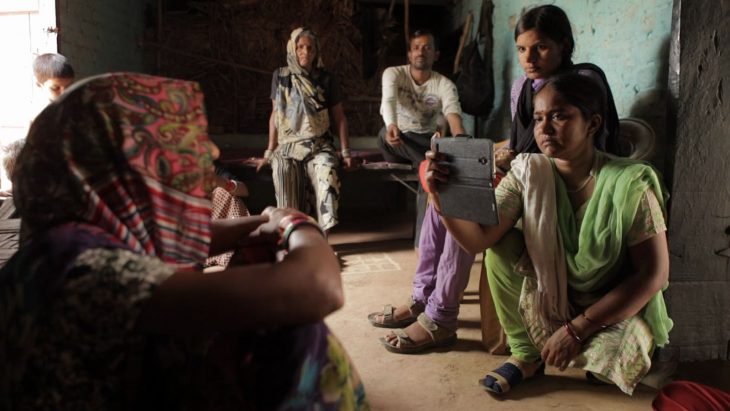 From a cluttered news landscape dominated by men emerges India’s only newspaper run by Dalit women (women who are part of India’s lowest caste). Armed with smartphones, chief reporter Meera and her team of journalists break traditions, be it on the frontlines of India’s biggest issues or within the confines of their homes, redefining what it means to be powerful. The debut feature documentary from the directing, writing, and producing team of Rintu Thomas and Sushmit Ghosh, Writing With Fire won two awards at the 2021 Sundance Film Festival — the Audience Award: World Cinema Documentary, and a World Cinema Documentary Special Jury Award: Impact for Change.