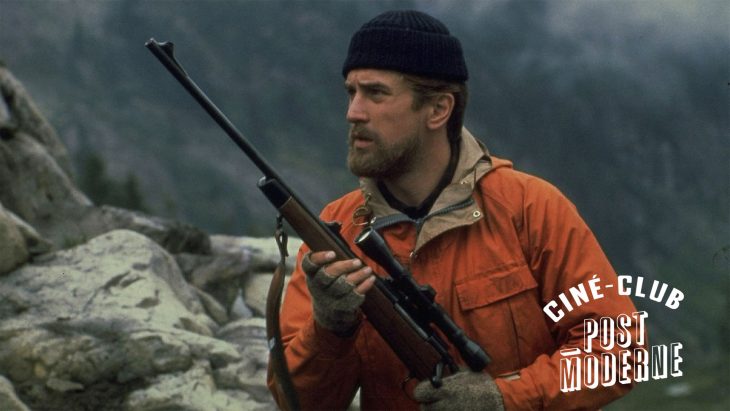 “My cinema bible. This colossal work by Michael Cimino set before, during and after the Vietnam War (the first major cinematographic work to address this conflict) prides itself on bringing together one of the most incredible collections of American actors of the most prosperous decade of cinema and features Robert De Niro, Christopher Walken, Meryl Streep, and John Cazale at their peak. Cimino amalgamates the landscapes of Pennsylvania, Ohio and West Virginia to give birth to the working-class town of Clairton, composed mainly of steelworkers of Lithuanian origin, keen on hunting and the great outdoors, of the Russian Orthodox religious denomination: an atypical portrait of “deep America,” so dear to the filmmaker, which reminds us, in doing so, that the United States was built by the sweat of immigrants and that they are, again and again, the absurd victims of armed political conflicts. Clairton and its inhabitants remain frozen in time, but the survivors of the War find themselves forever changed. Never has a “God Bless America” ​​been so sinister as the epilogue of this devastating film … To see The Deer Hunter again for me is like reuniting with old friends. True, they are far from flawless, but they vibrate with so much humanity that it is impossible not to empathize with them. All I need is to hear a few classical guitar notes from the mythical theme to stir up deep emotions in me.

*Winner of 5 Oscars (including Best Picture)