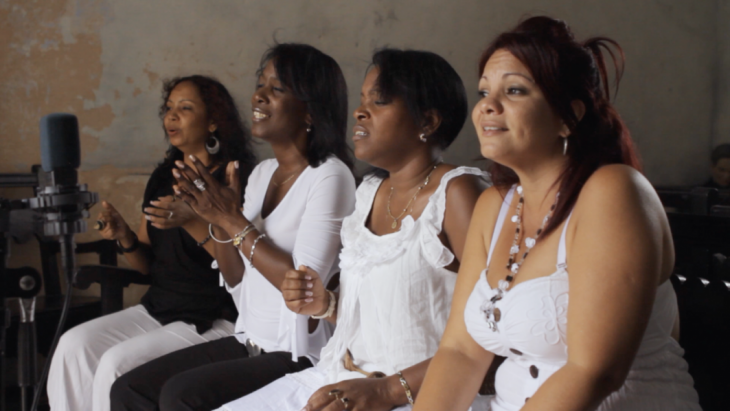 Every Sunday, the Vocal Vidas can be heard performing at El Morro Castle in Santiago de Cuba. The acapella quartet, composed of Koset Muñoa Columbié, Maryoris Mena Faez, Ana Josefina Hernández and Annia del Toro Leyva, is without question a national treasure beloved by audiences the world over. But for reasons glaringly economic and political, they are seldom afforded the opportunity to tour outside their native country. When they are invited to perform a series of shows in Los Angeles, the Vidas pack their bags and await their long-delayed work visas. Filming for Soy Cubana began in 2017, during the short window between administrations when it was thought that US-imposed travel and trade restrictions on the island might finally ease. The Vidas eventually make it to the US, and the resulting road movie/concert film is at once a dazzling testament to Cuban culture and a muted reproach of imperialist containment.