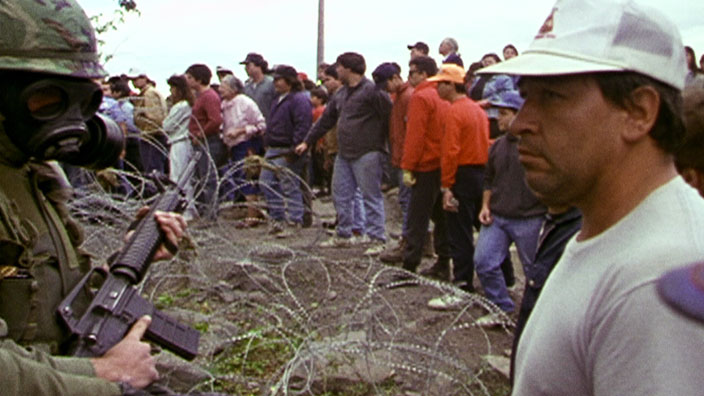 Stories of resistance, strength and perseverance are laid bare in this examination of a dark day in Canadian history. At the height of tensions at Oka, Quebec, in 1990, Kanien’kehá:ka (Mohawk) women, children and Elders fled their community of Kahnawake out of fear for their safety. Once past the Canadian Army that surrounded their home, they were assaulted by angry non-Indigenous protesters who pelted their convoy with rocks. This visceral display of hatred and violence – rarely seen so publicly in Canada – shocked the nation and revealed the severity of the dangers that faced the Kanien’kehá:ka in their struggle to defend a sacred site.