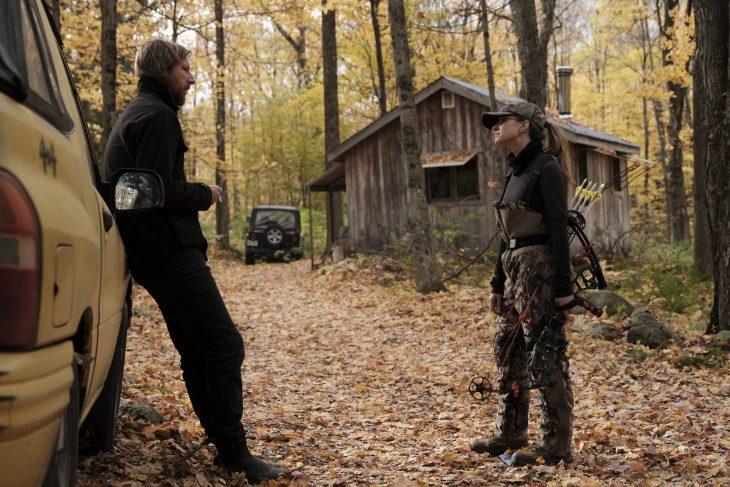 In collaboration with the FNC

Éloi, whose father was killed in a hunting accident a year ago, is called to take part in a strange tribute ceremony in the country. There, immersed in a disturbing world of strange mystical codes, he learns that his father was tracking a huge buck with awe-inspiring antlers alongside the “Indian”. After several outstanding short films, Aurtenèche delivers a first feature that obliquely references the legend of Saint Hubert, who encountered the Almighty while hunting a stag. A cryptic thriller, hidden manuscripts, the quest for self-knowledge, psychotropic drugs: La Contemplation du mystère boldly shifts between moods and genres. (Text written for Festival du nouveau cinéma)