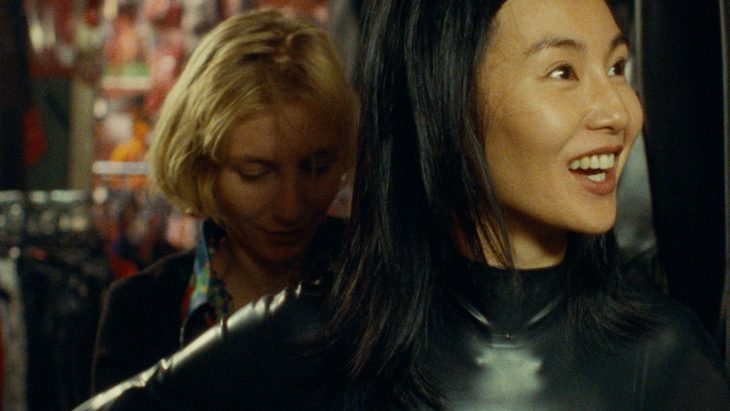 Olivier Assayas’s live-wire international breakthrough stars a magnetic Maggie Cheung as a version of herself: a Hong Kong action movie star who arrives in Paris to play the latex-clad lead in a remake of Louis Feuillade’s classic 1915 crime serial Les vampires. What she finds is a behind-the-scenes tangle of barely controlled chaos as egos clash, romantic attractions simmer, and an obsessive director (a cannily cast Jean-Pierre Léaud) drives himself to the brink to realize his vision. Blending blasts of silent cinema, martial arts flicks, and the music of Sonic Youth and Ali Farka Touré into a hallucinatory swirl of postmodern cool, Assayas composes a witty reflection on the nineties French film industry and the eternal tension between art and commercial entertainment.