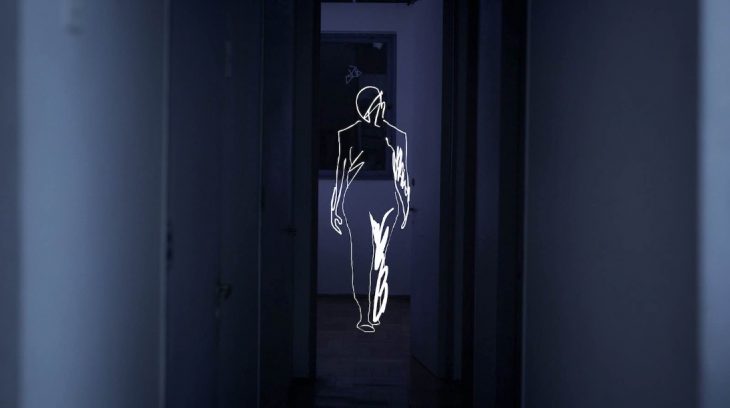 An ex-roommate owes Pablo two months’ rent, he misses his “hilarious” YouTuber ex-boyfriend, and the dog he’s been saddled with keeps knocking over things in his apartment. Or so he thinks. A ghost is about to teach Pablo a lesson in connection – how it’s achieved and the ways it dissolves.

To make ends meet, Pablo (Juan Cano, winner of Best Actor at the BUEIFF) hops between uninspiring odd jobs in Chile’s eclectic Ñuñoa neighbourhood, though he longs to be on the silver screen. A desire that will lead him on an otherworldly networking escapade involving the unexpected ties of our screen-obsessed modernity – one influencer watching another – and at least one incident of “paranormal sex.” Travelling from object to object, person to person, an amorphous, ever-changing phantom with murky motives is able to transcend the boundaries those lost souls in Pablo’s orbit can’t seem to break down, edging them closer to epiphany. Roberto Doveris’ infectiously quirky contemporary ghost story testifies to the grind of the gig economy, while revelling in the many magical moments and coincidences that propel us forward.