FILM POP – In the Court of the Crimson King 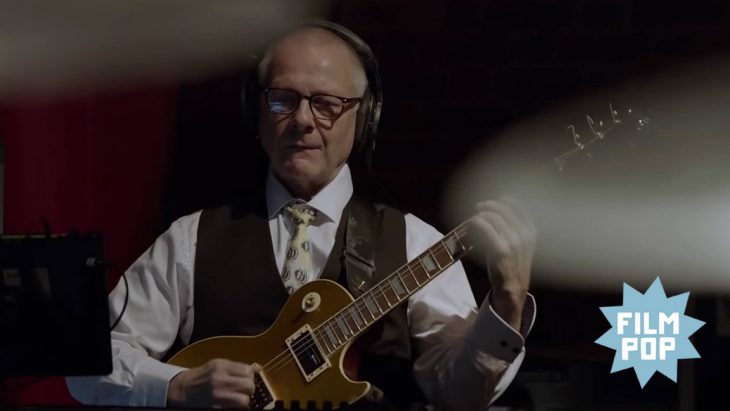 It’s no exaggeration to say that King Crimson is one of the most influential and revered musical projects of the 20th and 21st centuries. Among the earliest and most prominent prog-rock practitioners, the band debuted in 1969 and has endured for over 50 years, but not without a few staffing changes. Indeed, though its lineup has included icons such as Adrian Belew and Bill Rieflin, the band’s only constant has been the tyrannical and brilliant Robert Fripp, known outside of KC for his work with Brian Eno and David Bowie. Fripp is the film’s main character, and his tireless pursuit of perfection that has attracted, and destroyed so many of his collaborators, is its primary subject. A dark and hilarious document of the band’s latest (and possibly final) incarnation.