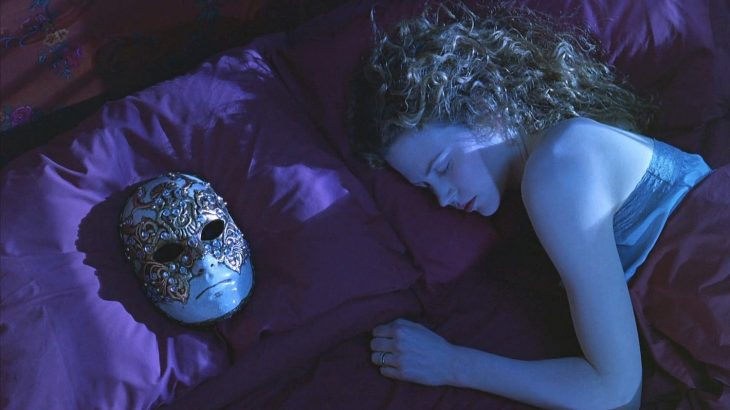 Tom Cruise and Nicole Kidman star as a married couple entangled in an intricate web of jealousy and sexual obsession in Stanley Kubrick’s final cinematic offering. At a Christmas party hosted by wealthy, unconventional Victor Ziegler (Sydney Pollack), provocative advances and innocent flirtations arouse suspicion as high-society physician Dr. William Harford (Cruise) and his sexy wife, Alice (Kidman) watch each other from a distance. Alone later, this seemingly perfect couple confront their intimate sexual fantasies–which don’t include each other. Caught between reality and illusion, jealousy and obsession, William struggles with his inner urges. Will he act on his erotic fantasies or keep them hidden deep inside? Sometimes a man can see more clearly with his Eyes Wide Shut.