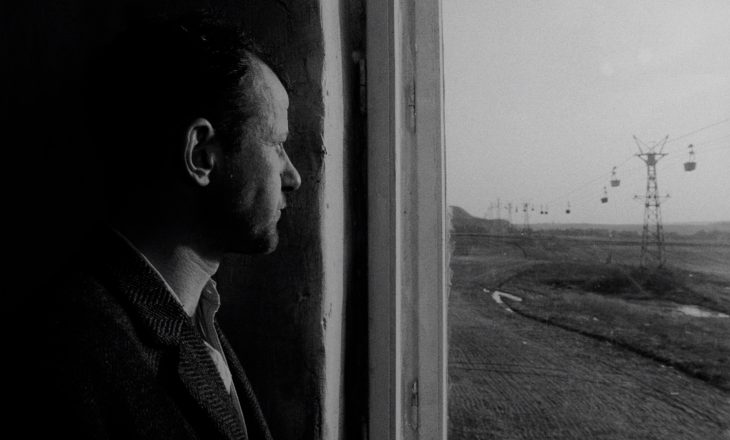 A mid-career masterwork by legendary Hungarian art house auteur Béla Tarr and the first of his internationally acclaimed trilogy of films written in collaboration with author László Krasznahorkai (including the legendary Sátántangó), Damnation (Kárhozat) chronicles the doomed affair between bar Titanik regular Karrer (Sátántangó’s Miklós B. Székely) and the cruel cabaret singer (Vali Kerekes) he pines for while scheming to displace her brutish husband (György Cserhalmi). A poignant Communism allegory that solidified Tarr’s unique aesthetic, Damnation is photographed in an exquisitely black & white palette underscored by the mesmerizing long takes that would come to be his trademark. Damnation has been restored in 4K from the original 35mm camera negative by the Hungarian National Film Institute – Film Archive under the supervision of Béla Tarr. – Arbelos Films