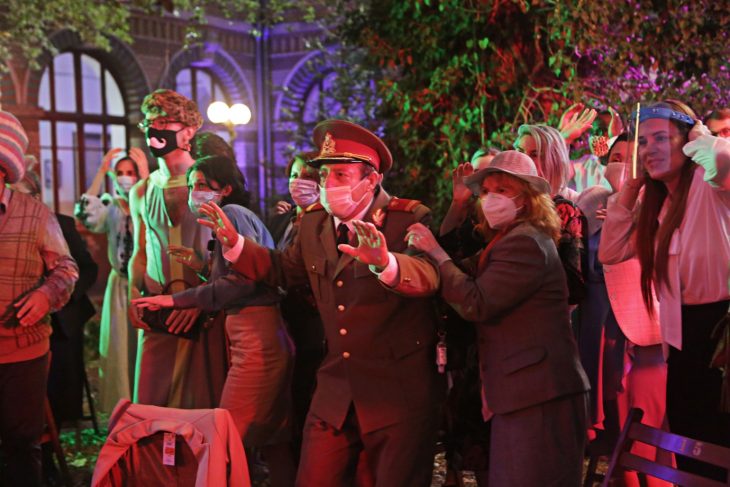 *Warning – for mature audiences only

This masterpiece by Romanian filmmaker Radu Jude, winner of the Golden Bear at the 2021 Berlinale, will leave you reeling. Throwing up a middle finger to hypocrisy, double standards and rah-rah patriotism, Bad Luck Banging or Loony Porn is a searing, hilarious satire about the misadventures of Emi, a high-school teacher whose career and personal reputation are held up to ridicule when a private video of her and her husband is posted online. Shot in the midst of the pandemic, Jude’s audacious three-parter is made up of meanderings through the streets of Bucharest, an ABC of nastiness and a show trial by hysterical parents. Along the way, he conducts his own takedown of his country’s history and mores, not to mention the human race and its never-ending power relationships. – Text written for Festival du nouveau cinéma