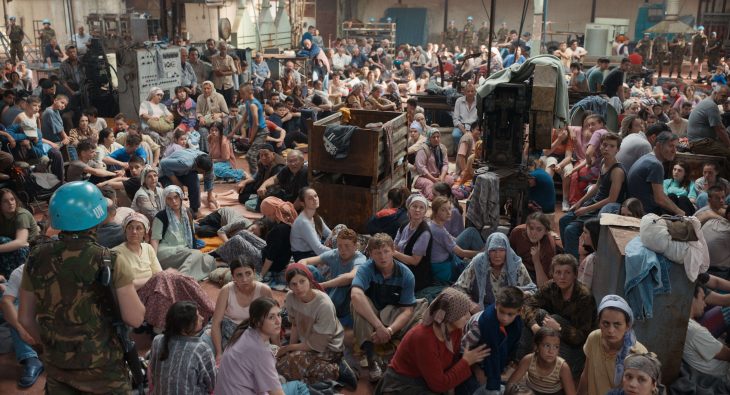 A breathtaking historical tale of extraordinary power, Quo vadis, Aida? looks at the tragic events of the war in Bosnia and Herzegovina, particularly the Srebrenica massacre, as seen through the eyes of a translator torn between protecting her family and serving as a mediator between the UN and the Serbian forces of the VRS. Centered on the fierce struggle of a woman who has no choice but to carry the weight of an entire community on her shoulders, Quo vadis, Aida? is directed with precision by Bosnian filmmaker Jasmila Zbanic.

*Nominated for best Best International Feature Film at the Oscars 2020

Until further notice, given the very limited capacity, tickets will be sold exclusively online, in advance. All sales are final.

Cinema Moderne theatre usually provides 54 numbered seats. In order to respect physical distancing, our venue can currently accommodate 10 different bubbles (6 bubbles for two people and 4 bubbles for one person) for a maximum of 16 people. For further details, please refer to our useful info page.